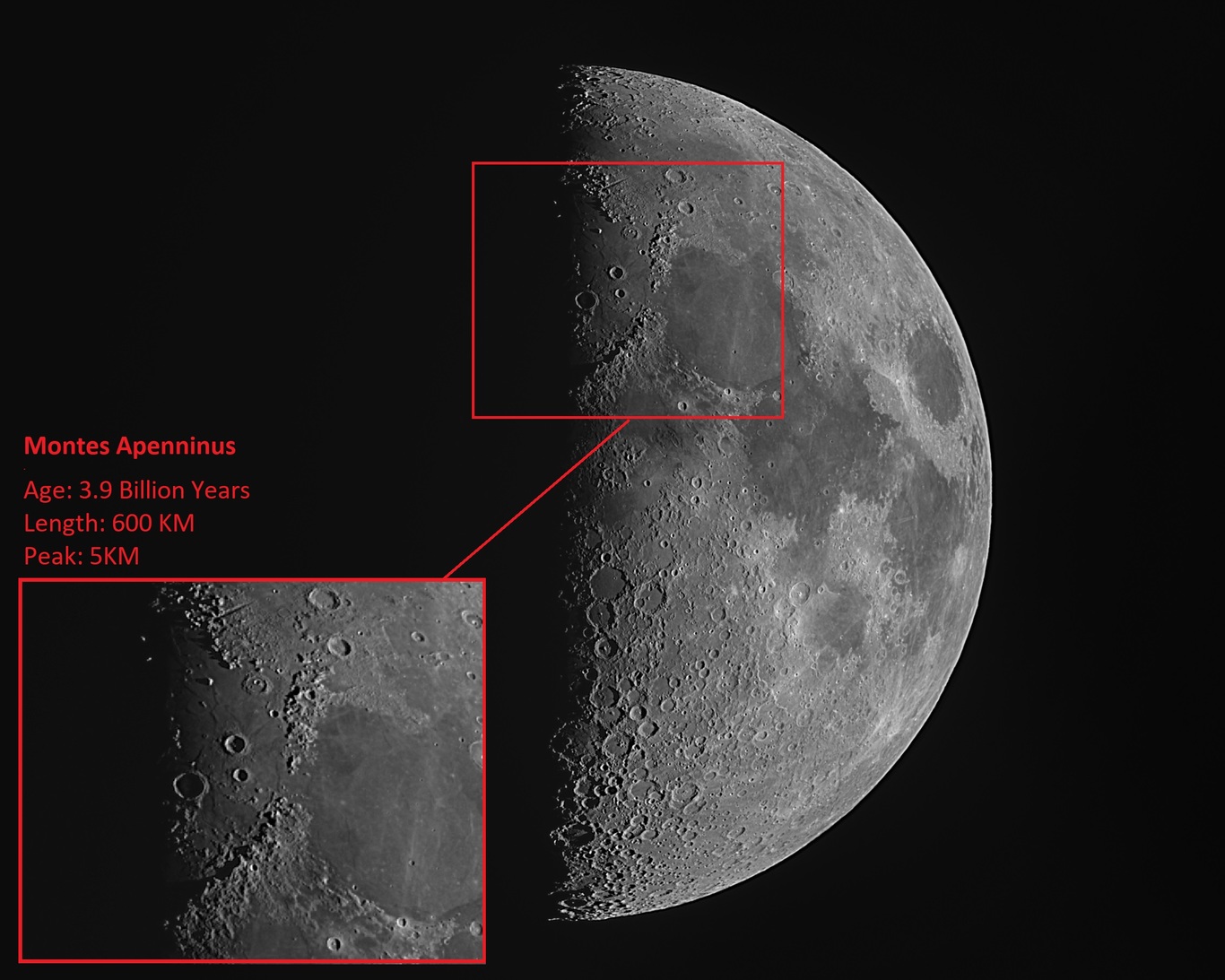 Target Details
Montes Apenninus are a rugged mountain range on the northern part of the Moon's near side. They are named after the Apennine Mountains in Italy. With their formation dating back about 3.9 billion years, Montes Apenninus are still relatively young.

This range forms the southeastern border of the large Mare Imbrium lunar mare and the northwestern border of the Terra Nivium highland region. It begins just to the west of the prominent crater Eratosthenes, which abuts against the southern face of the range. To the west of these mountains is a narrow gap where Mare Imbrium in the north joins Mare Insularum to the south. Further to the west are the Montes Carpatus mountains.

From Eratosthenes, the mountains form an arcing chain that gradually bends from east to northeast, ending at Promontorium Fresnel at about latitude 29.5° N. Here is another gap where the Mare Imbrium to the west joins the Mare Serenitatis to the east. At the north end of this gap lie the Montes Caucasus.

The last two peaks are perhaps most famous for forming the valley where the Apollo 15 mission made its landing. This landing was considered one of the most scientifically successful missions of the Apollo program and started the last three J-Series missions that included the lunar rover and 3-day stays. Apollo 15 explored smaller peak Mons Hadley Delta (δ) and Rima Hadley rille. This was perhaps the most geologically diverse landing site of the program.

Much of this range forms a sharp, rugged rise at the edge of the Mare Imbrium, with a wide expanse of foothills on the far (southeastern) face. There are, however, some rugged foothills on the northwestern side along the section of the range to the southeast of Archimedes. The total length of the range is about 600 km (370 mi), with some of the peaks rising as high as 5 km (3.1 mi).

Multiple graduated filters to reduce exposure by 1 stop around outer disc to get even exposure across surface.
Reduce Highlights (-25)